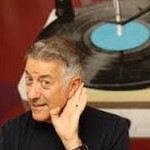 Nigel Grainge: DA DO RON RON: Jews in Rock n’ Roll in the 50s and 60s
Learn about the amazing creative force and vision of Jewish songwriters, artists, publishing and record companies instrumental in the birth of rock n’ roll. Jewish immigrants from Eastern Europe, since their arrival in the late 19thearly 20th centuries, were at the forefront of every decade of recorded musical history. By the late 1950s over three-quarters of US record companies were either run by or owned by Jews. The talk will cover from the time Alan Freed first coined the phrase, to the careers of Carole King, Paul Simon, Bob Dylan, Neil Diamond, Neil Sedaka and more. Even Elvis had Jewish roots! Spend an evening discovering the amazing stories behind the Jewish contribution to rock music and tap your feet to the beat of the magical era in history that was the 50s and 60s.
Nigel Grainge, originally from London, is a former music executive (Mercury Records and Ensign) who developed acts like The Boomtown Rats, Sinead O’Connor, and World Party. He also acts as a musical film consultant and plans lectures encompassing all types of music covering many eras.
JGSLA members free. Guests $5.00. The traveling library will be open starting at 7:00PM. Come early and brownbag your dinner in the Ruby Gallery. Invite your friends for a rollicking good time!  www.JGSLA.org