Werner Frank: The Judenhaus and Gurs Internment: Precursors to the Holocaust

IT IS SUGGESTED THAT YOU ARRIVE EARLY TO BE SURE TO SECURE A SEAT, AS THE PHOEBE & WERNER FRANK FAMILY LEARNING CENTER AREA IS SLIGHTLY SMALLER THAN OUR USUAL MEETING IN THE SPERBER COMMUNITY LIBRARY.

Werner Frank;   The Judenhaus and Gurs Internment: Precursors to the Holocaust ⇑ 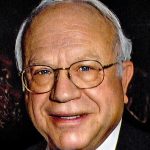 Werner L. Frank  was born in Germany and immigrated to the US in 1937.  He is an avid genealogist who has amassed 36,000 family names dating to the thirteenth century. This research led to the publication of Legacy: The Saga of a German-Jewish Family Across Time and Circumstance.
Frank’s German refugee origin turned his focus on the little known event that foreshadowed the Holocaust by authoring Curse of Gurs: Way Station to Auschwitz, chronicling the October 1940 deportation of over 6,000 Jews from Baden, Pfalz and Saar to Camp de Gurs in the south of France. Frank identifies seven-hundred family members who were among these victims that ended up in Vichy France and follows their fate, most losing their lives in the internment camp or being deported to Auschwitz in 1942.

A related aspect of this deportation is the role played by a 1939 Nazi edict that forced Jews to give up their individual residences and be crammed into selected buildings known as a Judenhaus (Jews’ House). Such concentrations made it easier to control and manipulate Jews, as well as identify them for deportation. Frank’s close relatives lived in such a house in the city of Mannheim leading him to tell their story in his most recent book, Judenhaus: Small Ghetto at Grosse Merzelstrasse 7.

Werner Frank is a founding board member and former newsletter editor of JGSCV. He was a co-founder of GERSIG and published in ROOTS, Maajan, Avotaynu and Stammbaum (of which he was a former editor). He has delivered talks related to his research at a number of annual meetings of the IAGS International Conference on Jewish Genealogy.

Frank’s professional career began as a systems analyst in the aerospace industry, followed in 1962 by founding one of the first software companies, Informatics, Inc. and later serving as an executive of Sterling Software Inc. Now retired, Frank makes his home with wife Phoebe in Thousand Oaks, California. He can be reached at wlfrank82@gmail.com.

IT IS SUGGESTED THAT YOU ARRIVE EARLY TO BE SURE TO SECURE A SEAT, AS THE PHOEBE & WERNER FRANK FAMILY LEARNING CENTER AREA IS SLIGHTLY SMALLER THAN OUR USUAL MEETING IN THE SPERBER COMMUNITY LIBRARY.