“My Father’s Tangled Journey from Galicia to Los Angeles”

Leonard Friedman will speak about “My Father’s Tangled Journey from Galicia to Los Angeles.”
While Leonard’s father was very reluctant to share his story before arriving in the US, this talk
will fill in some of those early stories and seemingly random events which enabled his father to
reach the US during WWII, and how Leonard learned of them.

Leonard will recount his father’s roots in historic Brody (a city that was in four different
countries in the twentieth century), how his family got to Italy and why they had to leave, the
loss of almost his entire family in the Holocaust, becoming a prisoner and then escaping from a
Vichy slave labor camp in Morocco, and immigrating to the US in 1944.

His father was Lazar Friedman, founder of Lazar’s Luggage in Sherman Oaks, which is now in its
58 th year. 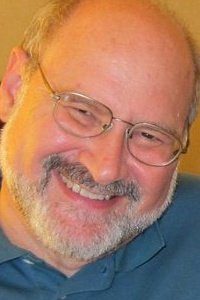 Leonard Friedman has been a member of JGSLA for over a dozen years, since he first
accompanied his father-in-law to a meeting. Leonard’s parents were both immigrants to the
United States, and he has relatives in many countries around the world, many of whom he has
visited. His interest in family history started as a child, hearing stories of his mother’s 12 aunts
and uncles in Romania, and his father’s family records going back to 1850s Galicia. Not
surprisingly, these became his main areas of genealogical interest. Moreover, he has put a
special emphasis on researching his father’s story. Professionally, Leonard has worked both in
finance and in computer software, involved in coding, product development, training,
consulting and management.

NEED DIRECTIONS TO THE MEETING?
HERE IS A LIST OF OUR MEETING PLACES.