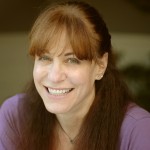 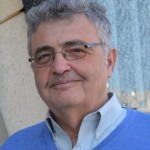 The Jewish Genealogical Society of Los Angeles is pleased to announce the first Pamela Weisberger Memorial Lecture to be given at the 36th IAJGS International Conference on Jewish Genealogy  (www.IAJGS2016.org) on Monday, 8 August at 8:30 PM.

The speaker is the distinguished, Samuel Kassow, Ph.D.   The title of the lecture is:

During World War II Jews resisted not only with guns but also with pen and paper. Even in the face of death they left “time capsules” full of documents that they buried under the rubble of ghettos and death camps. The Ringelblum archive in the Warsaw Ghetto buried thousands of documents. But of the 60 people who worked on this national mission, only three survived. This will be their story.

Professor Kassow is the Charles Northam Professor of History at Trinity College and the Jacob Kronhill Visiting Scholar in Eastern European Jewish History at YIVO. He received his Ph.D. from Princeton University and is the author of several books, including Who Will Write Our History? which was a finalist for the National Jewish Book Award and which has been translated into 7 languages.  Roberta Grossman and Nancy Spielberg are currently making a documentary film based on this book. Professor Kassow was involved with the development of the POLIN Museum of Jewish History in Warsaw, Poland and continues to be involved with the Museum. A child of Holocaust survivors, Professor Kassow was born in a Displaced Persons camp in Germany.

This is the first in a planned series of lectures to honor the memory of Pamela Weisberger who passed  away September 25, 2015 following a brief illness. Pamela had a major impact on the lives of many in the global Jewish genealogical community. She dedicated herself to numerous genealogical pursuits including the important work of promoting and producing exceptional programs for JGSLA, and to the service of its members by assuming a leadership role in the society from 2003-2015.  Acting as JGSLA’s Vice President, Programming for over a decade, she was also the president of Gesher Galicia for eight years. Pamela’s energy was boundless and she gave 100% to both organizations. A dynamic speaker with contagious enthusiasm, she also lectured extensively at genealogical conferences and to societies in different parts of the world. She was a superstar in the world of genealogy; her passion for genealogy was an inspiration to many of us. Pamela’s creativity and flair for programming for JGSLA is commemorated with the JGSLA Pamela Weisberger Memorial Lecture (PWML). Depending on funding,the PWML will sponsor a series of distinguished lectures of Jewish genealogical interest at various future genealogical conferences.