Roger Lustig; A HUNDRED GERMANIES: A HUNDRED JEWISH HISTORIES The Holy Roman Empire is neither holy nor Roman Nor German – Voltaire

Roger Lustig;  A HUNDRED GERMANIES: A HUNDRED JEWISH HISTORIES   The Holy Roman Empire is neither holy nor Roman Nor German – Voltaire 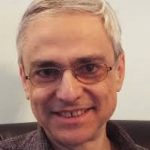 Yet the “Holy Roman Empire of the German Nation” was German, and defined what “German” meant. It was also the home of an 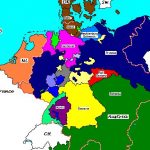 ancient Jewish culture—dating back to the real Romans—and hundreds of Jewish communities, large and small. Until 1871, Germany’s Jews were subjects of dozens of different states, each with different laws and attitudes toward its Jews. Napoleon emancipated most of Germany’s Jews and led Prussia to do likewise; but as soon as he was gone, the many German states—most with new boundaries—returned their Jews to one or another special legal status. Those legal statuses, combined with different forms of government in the various states, make the researcher’s job more complicated, as the same information—birth, change of residence, etc.—might be kept by different authorities in different ways. Roger will review where the larger Jewish congregations and rural communities lived, how to determine which states ruled them at a given time, and examples of how family histories are recorded across longer periods, especially where boundaries and governments were changing.

Roger Lustig is a consultant and family-history researcher based in Princeton, NJ. He specializes in German Jewish history, focusing on the parts of Prussia that became Polish in the 20th Century. A native speaker of German, he has done research in libraries and archives in Germany and Poland, and is the research coordinator of GerSIG. (www.jewishgen.org/gersig/)