“Litvaks of Northeast Poland: Suwalki-Lomza in the 19th Century”

HERE is the link to the recorded meeting.

Program Description:
Suwalki and Lomza are two gubernias of the Russian Empire, located in northeast Poland from 1867-1914.  Our panel has decades of 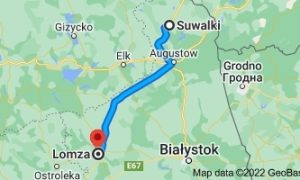 experience researching the Jewish families of this area, starting with their own families, and continuing to the study of entire communities. Suwalk-Lomza, for short, was where much of the early emigration from the Russian Empire occurred due to escape routes across into adjacent East Prussia and over the Baltic Sea to Sweden.  We will share historical background, family stories, maps, and photographs of the region in the 19th century and earlier, and provide a handout for researchers.  We are particularly interested in how this region differed from other Polish regions in terms of professions, education, culture, and socio-economics. We will examine resources and Suwalk-Lomza records from a variety of sources – the Landsmen journal, the LitvakSIG All Lithuania Database (ALD), JRI-P, as well as the Polish government’s online archives, explaining how you can discover as much as possible, gleaning more from original documents in some cases. 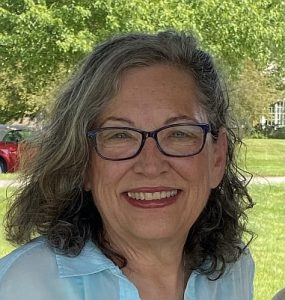 Jody Tzucker has been studying her family since she was a 6 year old girl, shipped by her overworked mother from her small Indiana hometown to spend time with family in Middletown and Cincinnati Ohio. She had no idea who these people were and had never seen so many Jews in one place! So began a lifelong fascination with piecing together the puzzle of who belonged where on the tree. Her formal genealogy research began in the early 1980s after teaching a unit for the 7th graders at the religious school of her synagogue. She learned to speak German when she was a toddler from her best friend’s mother who was a German war bride. Armed with being bilingual, she attended the Institute for Foreign Language and Culture at the University of Erlangen, Germany, where she studied Russian and Spanish, then spent a year at the University of Barcelona, Spain. As an adult she earned a degree in Anthropology and Geography at Indiana University. These areas of study combine to create the perfect back drop for genealogy research. After a successful career in the travel industry as a corporate travel manager, she retired and devoted more time to volunteer work and genealogy. She is an administrator for the Facebook Group Genealogical Translations, a moderator of the Suwalk-Lomza Facebook page, Coordinator of the Suwalki District Research Group of Litvak SIG, on the program planning committee for the NE Indiana JGS, and a former board member of Litvak SIG. She is a volunteer translator for Litvak SIG, too, currently working on translation and indexing of Vilnius Household Registers and German Passports. Her hobbies include drawing, quilting, baking, and caring for her grandchildren. 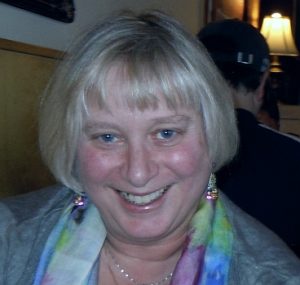 Hatte Blejer is our 1st VP in charge of Programs.  She is a PhD linguist whose career was in AI and Natural Language Processing. Her interest in genealogy stems from being the oldest child of the oldest child of the oldest child of a Suwalki family. She spent summers in St. Louis hearing family stories from her grandmother and great aunt whose parents immigrated to Peoria in 1891. She is a longtime Geni curator and a moderator of several Jewish genealogy groups on Facebook. She has been researching Suwalk-Lomza families since 2009 and has visited these two regions four times since 2012. Jewish communities in the regions that she is familiar with include Rajgrod, Szczuczyn, Kalwariya, Przerosl, Lazdijai, Seirijai, Veisiejai, Sejny, Filipow, Bakelerzewo, Suwalki and Tykocin.
In addition to having studied Hebrew, German, French, Arabic, Spanish, and Yiddish, she is currently studying Polish. She is on the Board of LitvakSIG. She is a founding member of the descendants’ organization, Friends of Jewish Cemeteries in Poland. Hatte lives in the Los Angeles area, having relocated from the Washington, DC area in 2016. 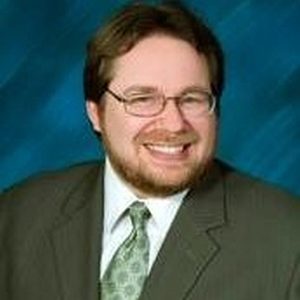 Evan Wolfson has a J.D. from the University of Pittsburgh and operates his own law firm focusing on Social Security Disability benefits. He received his B.A. in Political Science from American Jewish University, where he worked in its library’s Documentation Center. He is a member of the Advisory Committee to the Rauh Jewish Archives at the Heinz History Center.  He has been gathering family information since childhood, with half of his ancestry coming from the former Suwalki and Lomza Gubernias. He has been a data and research contributor to “Landsmen,” the journal of the Suwalk-Lomza Interest Group for Jewish Genealogists, and currently administers a Facebook group of over 500 members researching family in the same region. He has also contributed to “Avotaynu Online” and the Pittsburgh JGS monthly newsletter “Z’Chor,” in addition to presenting on topics of Jewish genealogy.  He is the current Vice-President of Programming, Research and Education for the Jewish Genealogy Society of Pittsburgh.  Evan lives in Western Pennsylvania with his wife, three children, and many boxes of genealogical materials.

There will be no physical location so the JGSLA Traveling Library and Mentors Corner will NOT be available for this meeting.

JGSLA MEMBERS FREE – NO CHARGE FOR GUESTS, ALL ARE WELCOME, members, please share the ZOOM link with folks you know.