Karen Franklin’s illustrated lecture will explore the activities of the family and, in particular, the efforts of New York Governor Herbert H. Lehman, who worked tirelessly, both politically and personally, to support the rescue efforts (including enlisting the personal assistance of President Franklin D. Roosevelt). She will share stories about the experiences of those who were aided, and how she used genealogical research to identify how they were related and what happened to their descendants.

The Lehman family initiatives will be one of several featured in Brothers’ Keepers: American Jewish Rescuers opening in March 2013 at The Museum of Jewish Heritage: A Living Memorial to the Holocaust in New York. 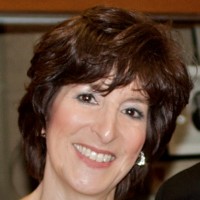 Karen S Franklin is currently an exhibit researcher at the Museum of Jewish Heritage in New York and Director of the Lehman Family Rescue Activities Project. Karen is co-chair of the Board of Governors of JewishGen, a past president of the International Association of Jewish Genealogical Societies and past chair of the Council of American
Jewish Museums. She was recently appointed to the Advisory Board of the European Shoah Legacy Institute. Karen is a vice-chair of the ICOM (International Council of Museums) Committee of Memorial Museums. In May she received the 2012 International Service Citation from ICOM-US, ICOM’s highest honor, in recognition of her contributions to international cooperation among museums and scholars in the field of Holocaust-era property restitution. 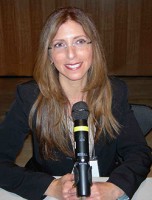 Filmmaker Gabriela Bohm will be our pre-meeting speaker, offering a short presentation about her work-in-progress documentary, “In Rachel’s Footsteps,” about an ordinary woman — Raquel Liberman — whose story was buried and forgotten. Raquel was a victim of Jewish sex trafficking in South America in the early 20th century. The film traces her journey from wife and mother to exploited woman to — in the end — a defiantly free woman.

The JGSLA traveling library will be available at 7:00PM. JGSLA members free, guests $5.00. Coffee, tea and refreshments will be served.