An Evening With Lisa Kudrow of “Who Do You Think You Are?” 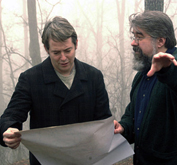 Lisa Kudrow’s roots date back to the Holocaust, which means her family connections, like many other Eastern European Jews, have been lost. Her father, Lee, has been trying to solve one of their family’s mysteries for almost 60 years. What happened to their family during World War II in Belarus—and what became of a long-lost cousin who survived it? 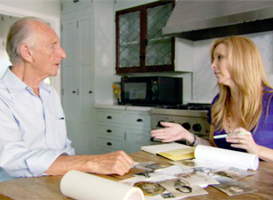 Lisa was on a mission to find out. Her father grew up impoverished in New York and then worked his way up to become a doctor. Lisa believed by trying to find out what happened to her great-grandmother and distant cousin she could find the answers her father had been searching for—as well as find some of her own.

After screening this episode she and the production staff will discuss the the research and filmmaking process, the impetus for making the series, and the perils and pitfalls of researching celebrity family histories. Making history come alive through genealogy is one of the hallmarks of WDYTYA, which started on the BBC over seven years ago.

Kudrow describes the show as exploring intimate details with a very personalized aspect compared to what we read about historical events in textbooks. Genealogical research as a way to make history come alive is one of the hallmarks of WDYTYA, which started on the BBC over seven years ago. She believes our pasts should be intriguing and inviting. Bring your questions for a lively, interactive panel discussion following the presentation. 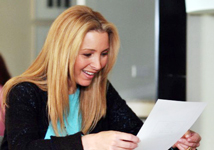 Lisa Kudrow grew up in Encino and Tarzana. She holds a B.S. from Vassar College. Originally planning a career in research, Lisa joined The Groundlings, and later won a recurring role in TV’s “Mad About You.” She won an Emmy for her starring role on the acclaimed series “Friends.” In film, Lisa received the New York Film Critics Award for her starring role in “The Opposite of Sex.”

As Executive Producer of “Who Do You Think You Are?” Lisa works in conjunction with her production company “Is or Isn’t Entertainment” and the U.K.’s “Wall to Wall” productions. The show is an adaptation of the award-winning hit British documentary series of the same name. Ancestry.com is NBC’s official partner on the series.

Mark your calendars for this special JGSLA event:
Tuesday, September 28.
RESERVATIONS ARE NECESSARY!

*Email us at: programs@jgsla2010.com with your name
and the number of people attending. No need to pre-pay for guests.
You may pay at the door, but we DO need to know who is coming in advance. 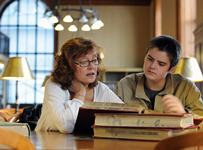 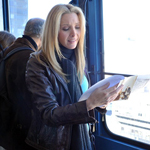 The JGSLA traveling library will be available starting at 7:00 PM  •  Free to JGSLA members, guests $5  •  Email Pamela Weisberger with any questions