From Shtetl to Tango: The Untold Story of South America’s Jewish Sex Slavery 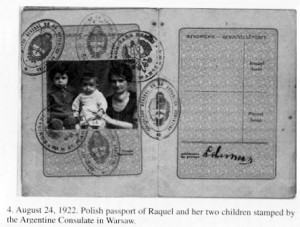 Using archival photos and narrative film clips, Gabriela Böhm will discuss the extraordinary story of Raquel Lieberman — one of 30,000 shtetl girls tricked into “fake marriages” and sold by their “husbands” into slavery who was devoured by a prostitution ring after leaving Europe for a better life in Argentina. This work in progress chronicles Raquel’s passage from naïf to defiled to defiant and tells the true, sad story of the largest Jewish mafia, the Zwi Migdal, which operated more than 3,000 international brothels from the 1860s until the 1930s.

2:45PM – 3:50PM Screening:  “Passages” In this personal documentary, a filmmaker sets off on an odyssey through Eastern Europe, South America and the United States to uncover long-harbored family mysteries, myths and secrets. 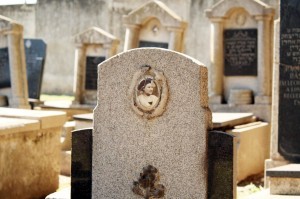 When a young Jewish woman, who grew up in Argentina, learns that she is pregnant, she resolves to understand better who she is and where she came from. “Passages” follows Böhm as she searches for the truth about her parents’ Holocaust experiences in order to know the legacy that she’s passing on to her unborn child. Her globetrotting journey takes her through Hungary, Romania, and Argentina visiting with distant family members, flipping through old photo albums, and speaking candidly with her mother, as she slowly pieces together the truth about her family’s past. She travels to her father’s 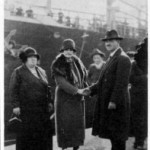 hometown in Romania and meet former neighbors who recall the day when her father’s family was sent to Auschwitz. Secrets can only be kept for so long and they don’t actually protect anyone as she finds that the truth can be painful, but it is also liberating and in the course of travels she find the legacy she can pass down to her child.

Gabriela Böhm is an award-winning producer/director of moving documentary films that explore cultural identity, inspiring people of all faiths with their stories of resilience.  Her latest full-length documentary, The Longing: The Forgotten Jews of South America, won a Telly Award 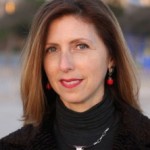 Members free.  Guests are $5.  The traveling library will be available starting at 12:30PM.  Refreshments will be served.