Did your ancestors hail from Lithuania, Galicia or Hungary? Would you like to learn more about the Special Interest Groups (SIGS) for these regions? At this presentation you’ll get updates and instruction from David Hoffman, president of the Litvak SIG, Pamela Weisberger, president of Gesher Galicia, and Vivian Kahn, Hungarian SIG coordinator. Following the presentation there will be an extensive question and answer session.

The Traveling Library opens at 7:00 PM with special regional maps and books. Bring your family documents, photographs and maps to share or get help with.  Members free.  Guests $5.

Note special night:  this meeting will be held
on a THURSDAY evening! 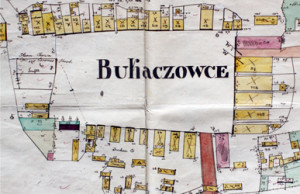 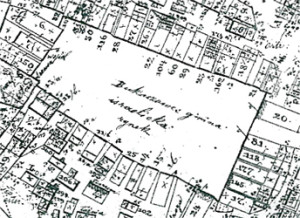 LitvakSIG is the primary Internet source connecting researchers of Lithuanian-Jewish Genealogy worldwide Their purpose is to discover, present, and preserve information about your ancestors’ lives in Lithuania, and to better understand the lives they led before the destruction of 95% of Lithuanian Jews in the Shoah. David will explain the history and the goals of the Litvak SIG and take you on a tour of their website, including the “All Lithuanian Database,” which incorporates data from many different sources into one searchable mega-database and contains the largest number of Lithuanian Jewish records on the Internet. He’ll also elaborate on shtetl and surname research groups, articles and other materials of interest on the site. 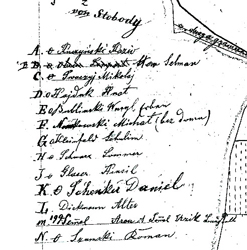 Pamela will provide an overview of Gesher Galicia, an organization that promotes Jewish genealogical and historical research in Galicia, a province of the former Austrian Empire that today includes towns in Eastern Poland and Western Ukraine. In 2007 Gesher Galicia began the “Cadastral Map and Landowner Records Project” to inventory and obtain copies of these records housed at the Lviv Historical Archive in Ukraine. These materials are invaluable when metrical records are not available, and in some cases they may be the only documented evidence relating to your ancestors lives. She’ll elaborate on this continuing project, demonstrate the new searchable databases and show how maps and landowner records provide a window into the history of the Jews of Galicia.

including JewishGen’s “All Hungary Database.”  The “AHD” now incorporates close to a million records referring to individuals living in the current and former territory of Hungary including areas in what is now Hungary, Slovakia, Croatia, northern Serbia, northwestern Romania, and subcarpathian Ukraine. She will discuss some of the Hungarian SIG’s current projects, including the Ungvar/Uzhgorod Cemetery Index, and identify other resources that are available online.

David B. Hoffman, PhD is a clinical psychologist and former UCLA professor, who has been involved in genealogy for 16 years. David is the co-founder and current president of the LitvakSIG www.litvaksig.org on the board of JGSLA, and editor of Roots-Key. David has published more than 35 articles and spoken at eight International Jewish Genealogy Conferences and to groups in South Africa, Israel, and Great Britain and around the U.S. and conducted research in Lithuania. David established the Jewish Family History Foundation (www.jewishfamilyhistory.org) which focuses on 18th century Jewish records of the Grand Duchy of Lithuania, in the territory that later became Belarus, Lithuania, and parts of Poland and Ukraine.

Pamela Weisberger is the program chair for the Jewish Genealogical Society of Los Angeles, co-chair for the 30th IAJGS Conference on Jewish Genealogy, and president of Gesher Galicia www.GesherGalicia.org. Documenting her family’s history for over twenty-five years, she has traveled throughout Eastern Europe visiting ancestral towns and villages and conducting research in Polish, Ukrainian and Hungarian archives. A special area of interest is also late 19th to early 20th century U.S. city directories, newspapers and court records. She has also curated the IAJGS conference film festival for the past four years, and produced the documentary “Genealogy Anyone? Twenty Five Years in the Life of the JGSLA.”

Vivian Kahn is coordinator of JewishGen’s Hungarian Special Interest Group (H-SIG) http://www.jewishgen.org/Hungary, and moderates H-SIG’s mailing list. She is an experienced researcher who has presented workshops on Jewish genealogy and, in particular, researching Hungarian Jewish families at IAJGS annual conferences and for Lehrhaus Judaica and other groups in the San Francisco Bay Area. Vivian’s investigation of her roots in pre-Trianon Hungary has taken her to Hungary, Slovakia, Israel, and Salt Lake City. In her capacity as JewishGen’s Vice-President for SIG Affairs, Vivian serves on the organization’s Operating Committee. She is also a member of the San Francisco Bay Area Jewish Genealogical Society. Vivian also has more than 30 years of professional city-planning experience in the public and private sectors.

And save this date:

“The Jewish Body” with Dr. Melvin Konner:
A history of the Jewish people from bris to burial, from “muscle Jews” to nose jobs.

Melvin Konner, a renowned doctor and anthropologist, will discuss his new book, The Jewish Body, which examines the human body through the prism of Jewish culture and provides an anatomical history of the Jewish people.. He delves into sex, circumcision, menstruation, and even those most elusive and controversial of microscopic markers – Jewish genes. A work of grand historical and philosophical sweep, The Jewish Body discusses the subtle relationship between the Jewish conception of the physical body and the Jewish conception of a bodiless God. It is a book about the relationship between a land — Israel — and the bodily sense not merely of individuals but of a people and will provide insights into how our ancestors viewed their bodies…and themselves…in the scope of Jewish history.

You can learn more about this book and view a short video here.