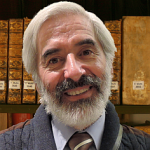 Rolando Daniel Gail is a retired engineer from Argentina who has been working in genealogy for the past 45 years.  He is the secretary of the Argentine Society for Jewish genealogy (WWW.AGJA.org.ar) and has worked with AGJA for a decade.  Currently he manages a Facebook group

https://www.facebook.com/groups/Gen.Judia.AR Grupo de AGJA “Paul Armony” devoted to Argentinian Jewish genealogy.  He is also involved in the use of DNA for genetic genealogy and works as a “search angel” for adoptees looking for their biological parents. 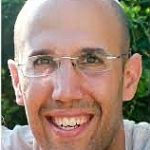 Yonatan (Yoni) Kupchik, PhD is an assistant professor at the Department of Medical Neurobiology at the Hebrew University since 2014. He received his PhD in Neurobiology from the Hebrew University in 2011 and completed his postdoctoral training in the Neurobiology of Addiction in the lab of Dr. Peter Kalivas (Medical University of South Carolina) in 2014.  He is an Argentinian Israeli and an expert on the early immigration to Argentina, which was led by the Jewish Colonization Association (JCA), beginning in 1889 establishing Jewish agricultural colonies in the provinces of Santa Fe and Entre Ríos.  He also works with Jewish Gen and led the effort to digitize and index records from Odessa. 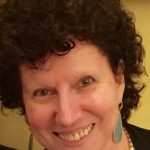 Sylvia Waibsnaider Perman Walowitz was born in San Fe, Argentina.  After high school, she emigrated to Israel with the Ijud Habonim, where she graduated with a double Major in Economics and Statistics at the Hebrew University of Jerusalem.  Her grandparents and great grandparents emigrated from Ukraine and Poland to Argentina.  She has built an extensive tree, based on ten years of research into her Argentinian family.  She has supported Jewish Gen in various ways, purchasing and translating documents, as well as developing KehilaLinks for Novopoltavka, Yekaterinoslav, Yampol, Kherson and Pokatilovo.  Sylvia led the effort to digitize and index the records of the Courland to Kherson Relocation for Jewish Gen. 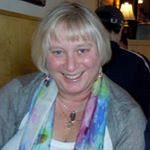 Hatte Rubenstein Blejer, PhD is a PhD linguist whose career was in Natural Language Processing and Artificial Intelligence.  She is a member of the boards of JGSLA and of LitvakSIG.  In addition to expertise in Jewish genealogy of Poland – Lithuania, she has worked extensively on the family trees and history of her husband’s ancestors who immigrated to Argentina from the Russian Empire from the Zhitomir and the Kherson Gubernias.  Her husband’s paternal grandparents were among the early JCA-sponsored immigrants to Moises Ville, the “Jewish gaucho colony”.  She made the fascinating discovery that all the Kherson ancestors of her husband were moved from Courland (Latvia) and northern Lithuania by the Tsar in 1839-1840 to the Jewish agricultural settlement of Novopoltavka, Kherson.

There will be no physical location so the JGSLA Traveling Library and Mentors Corner will  NOT  be available for this meeting.
JGSLA MEMBERS FREE – NO CHARGE FOR GUESTS, ALL ARE WELCOME, RSVP required – members, please share the ZOOM registration link with folks you know.